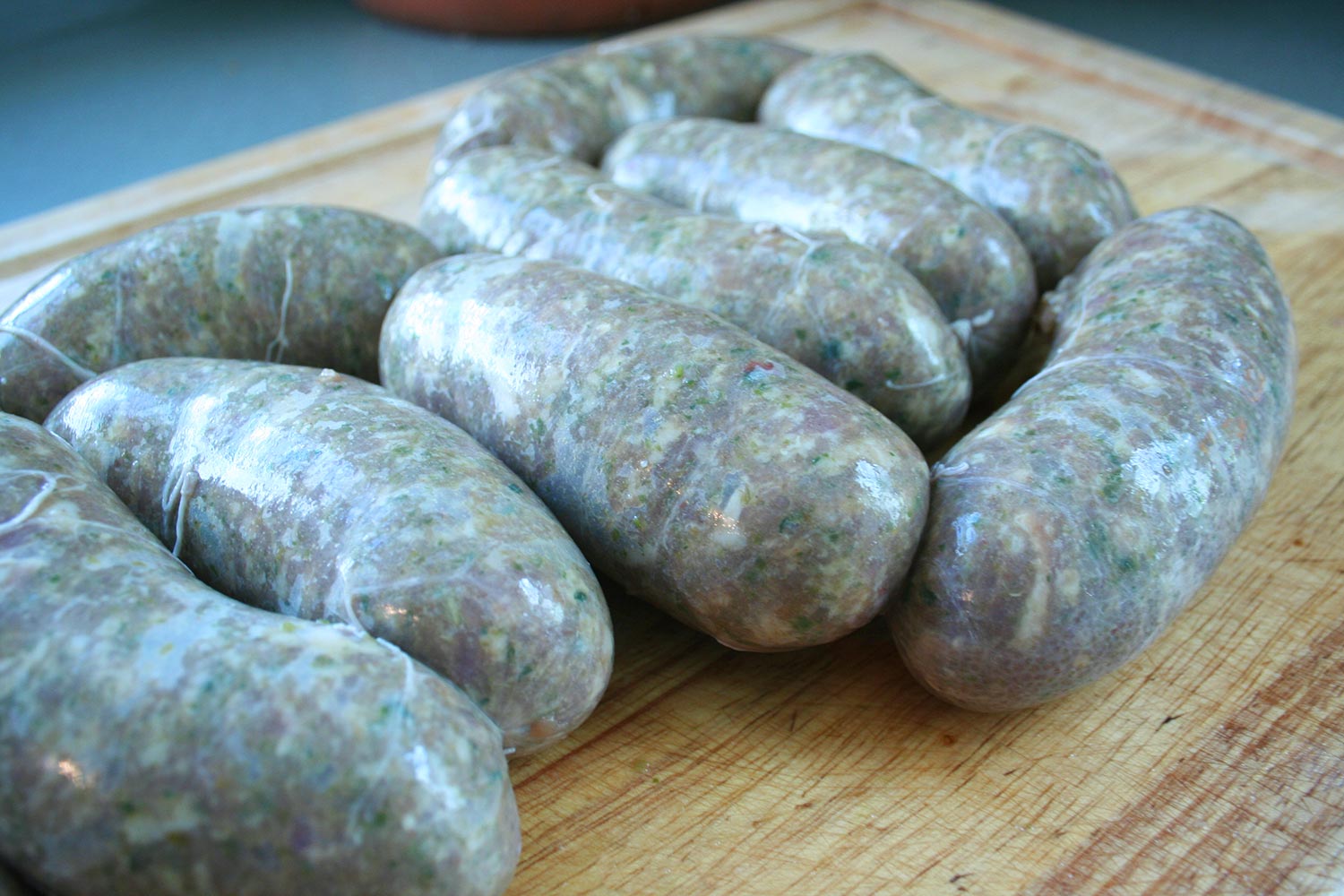 We were watching tv a few years back and saw Rick Bayless making something he called green chorizo. He put a bunch of veggies (all green ones) in a blender and mixed that in with ground pork. We’ve made our own variation of the recipe a few times over the years, and it’s always incredibly tasty. You can use this as is, without stuffing into sausage casings. We like to make sausage links. You can get hog casings at most any grocery store in the meat fridge. This can substitute into any recipe that calls for Mexican chorizo. It crumbles nicely. Awesome.

Grind or combine already ground pork with ground/chopped bacon. Blend together remaining ingredients. Add blended vegetables to pork and combine well with your hands. That’s it. Your green chorizo is good to go. To make sausages, buy some hog casings at your local grocery store. Soak the casings in warm water for 15 minutes. Run water through the casings to remove all the salt it was packaged with. We bought a sausage stuffer adapter that attaches to the meat grinder on our kitchenaid. Rub a little butter around the stuffing tube. This helps the casings slide easily. You want to push the entirety of one of the casings onto the stuffing tube. Tie the end and prick with a toothpick to release the trapped air. This is a two person job at this point. stuff the green chorizo into the hopper and hold the casing as it’s being filled. You’ll need to occasionally prick with a toothpick to release any built up air. Once it’s full, tie off the end and spin the casings at whatever length you like. Awesome. 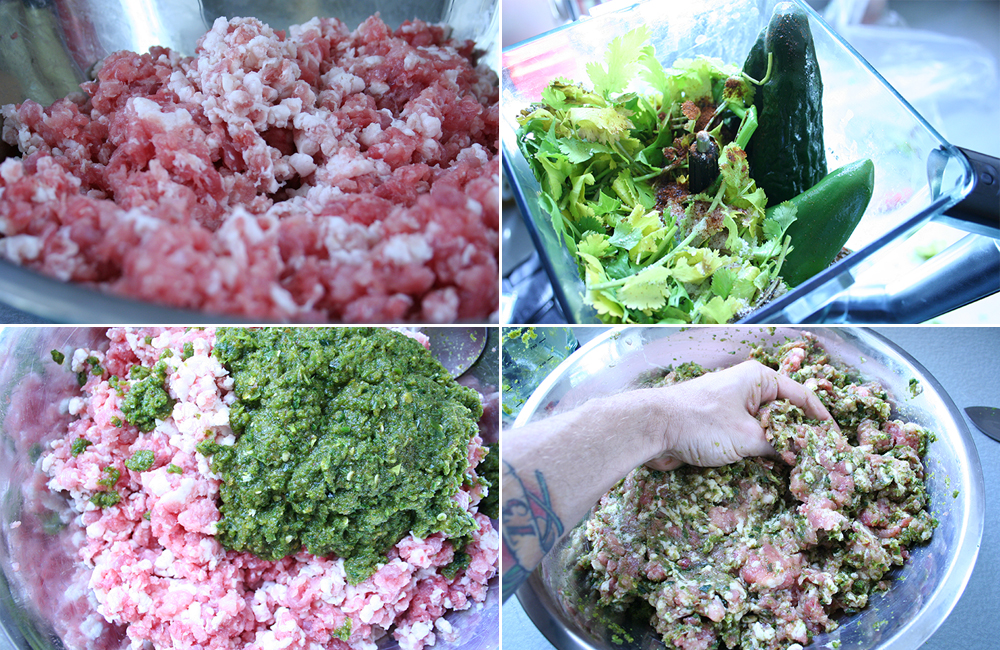 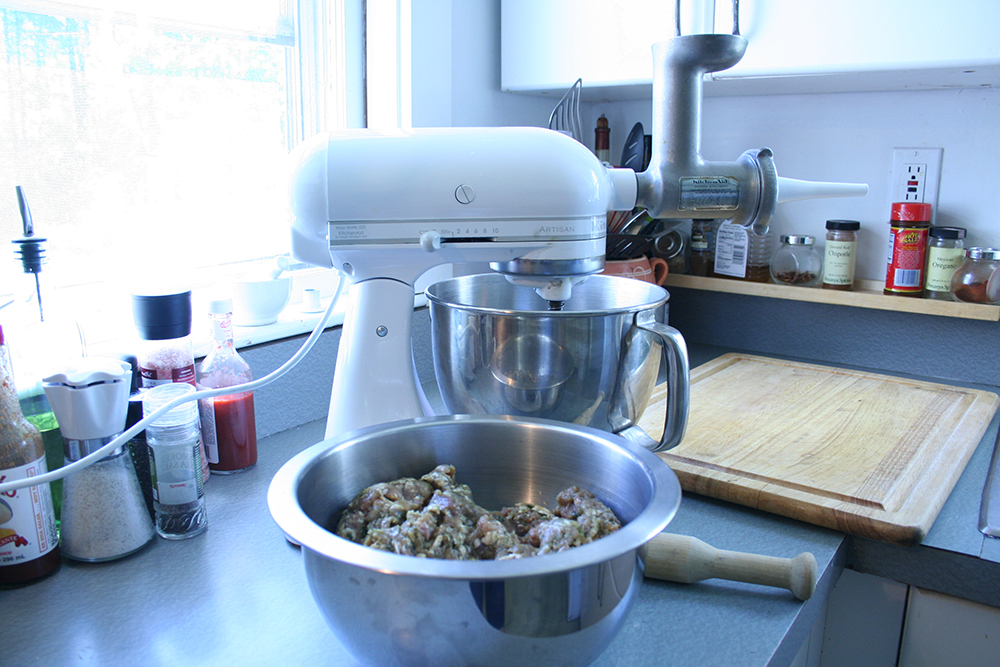 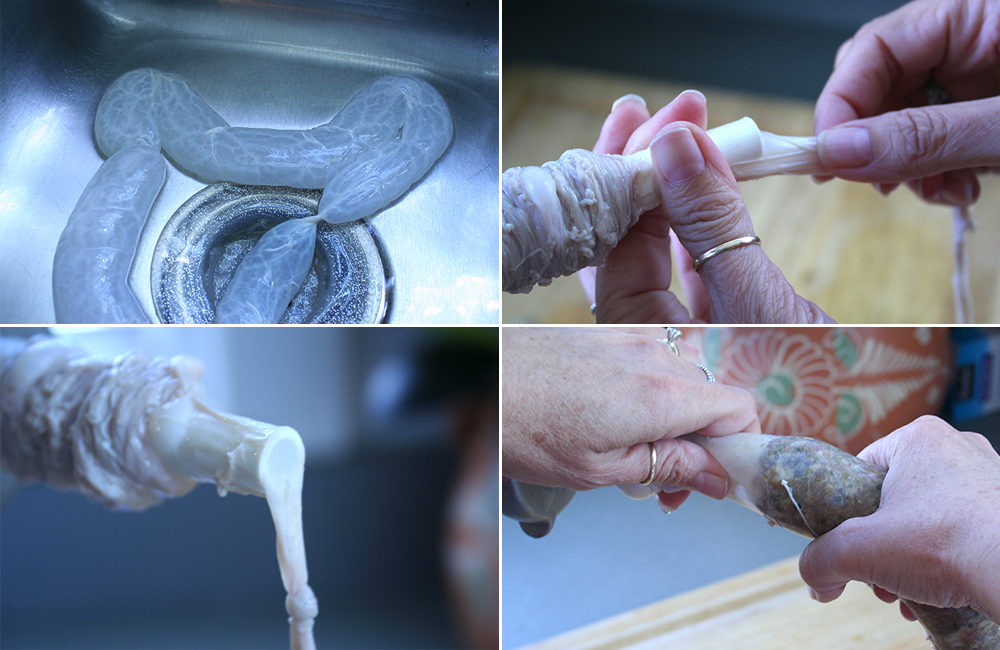 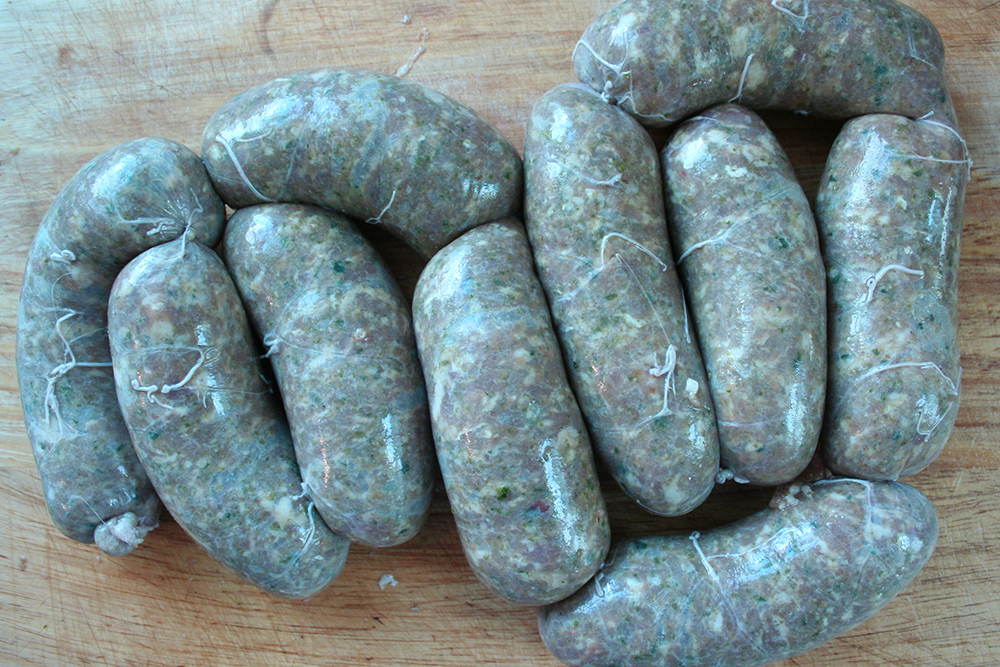 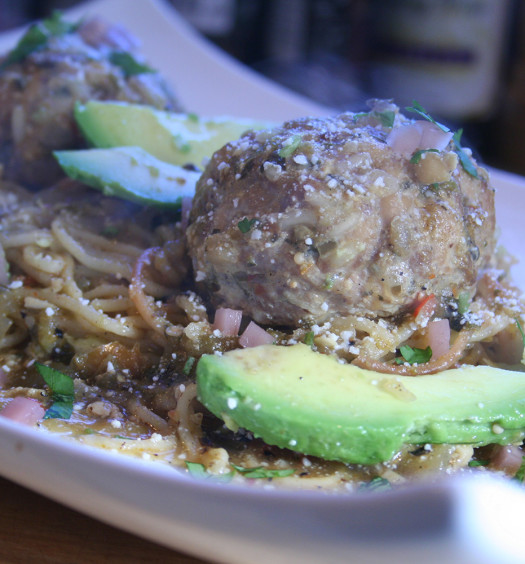 Meatballs and Pasta in Tomatillo Salsa 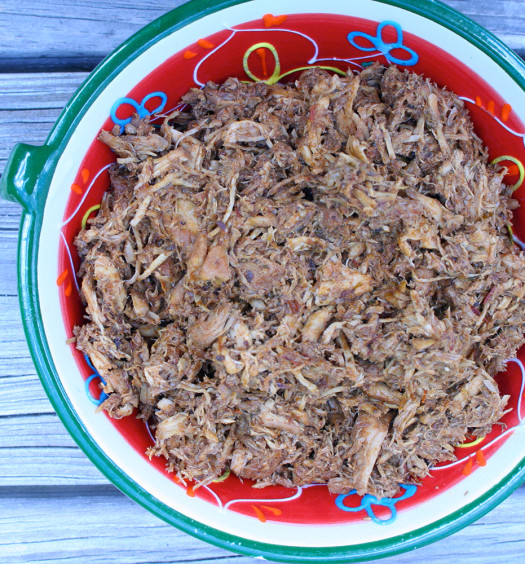